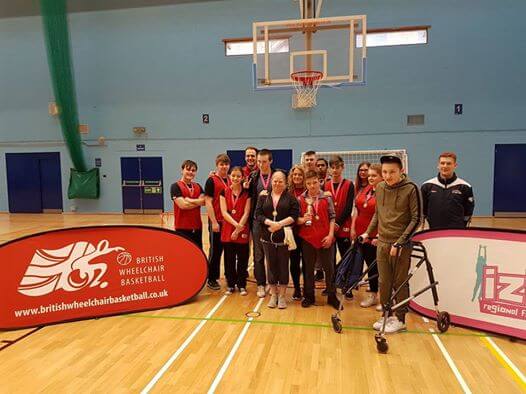 At the start of the year, an enquiry was made by Swindon College for sports to be provided in the college for students working at foundation level. Many of whom had previously little to no experience of sport, they comprised of students who had either taken part in compulsory PE at school and simply chose not to continue, or had poor experiences of sport growing up and were therefore opposed to the idea of participation. Initially, the plan was to deliver one hour per week of team activities, these would encourage the group to start working together to problem solve, get physically active and allow for natural leaders to emerge. It was quite obvious however that there were diverse needs within the group, with a number of students being quite anxious about the prospect of being in a physical activity environment. It was made clear that this was a relaxed environment in order to rebuild a positive relationship with sport, the activities were never pressured and students were always given the option to sit out should they wish to.

Basketball proved to be immensely popular amongst the cohort and they swiftly worked through each task given to them, providing some really interesting games at the end of the session to watch and enjoy. As a coach it was particularly important to see that these students were applying knowledge learnt in the previous activities and demonstrating immense confidence in the games, working together and leading each other in moments where they were either winning or losing.

So successful was the first term that it was decided a new sport was to be offered to the students, we decided that IZB (Inclusive Zone Basketball) would not only allow for the basketball element of last term to be carried on, but also to allow for any disabled students within the classroom to take part alongside their able-bodied peers, creating an inclusive physical activity environment. Initially, the wheelchair element spooked a lot of the students, as they were unsure as to whether they felt comfortable playing in a chair for any stigma that might be attached to the image. After realising that it was merely a tool for playing sport, any previous notions around the wheelchair were broken down, and students were eager to push the chairs to and from college and be seen pushing them with no fear of prejudice.

So fast was the progress made in these sessions that it was decided there needed to be an end goal to work toward. Conveniently, a regional IZB competition was being held at the University of Bath for schools in the South West region to enter teams to compete. This was always going to be a risk, especially for students who lacked a lot of self-confidence in sport; a competition could hold the potential to backfire and knock confidence further. However, the hard work and dedication in training needed some sort of round up in order to test the new skills learnt.

Prior to taking part in the tournament, self-confidence was extremely low, with not one student believing they could genuinely win the tournament. The first game ended a draw, which did little to instil this notion of winning, but with time to regroup Swindon College went on to win the rest of their games, and in emphatic fashion, coming from behind on one occasion to deliver a truly mature performance. Due to the draw at the beginning of the tournament, it was always going to be a close round robin tournament and the students had no clue of the end result. When it came to revealing the results, Swindon College, who previously believed they would not win at all, claimed gold by one point!

Not only had they won gold in a regional tournament and permitted themselves to move onto the National Finals in Worcester to play against the country’s best opponents, they also represented the college and their town in fine fashion. As a group that was originally started to channel energy productively, the process has so far developed mature characters, with a significantly improved self-esteem that have obtained skills that would be greatly welcomed in further education and the working world.